The Danger of False Teachers 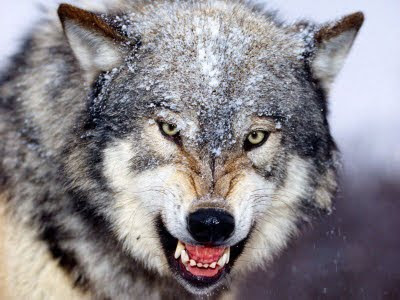 Harold Camping has been a false teacher for at least 20 years since I first heard him on the radio, yet during all this time I have rarely read anyone teach against him until his latest false prophecy of a May 21st rapture.  Oh, there were those solid watchmen of various apologetics ministries who would publish things about him, but mainstream Christianity seemed to ignore him as his radio empire grew larger and larger.
Now it seems that Camping’s teachings have had disastrous results.  According to news reports, especially the latest I’ve seen from World Net Daily, many Hmong people of Vietnam have been shot and beheaded by government officials when they gathered on a mountain praising God for the Camping predictions.  Many others were arrested and now about 7,000 are hiding in the jungles.
In California a lady upset by the failure of the Rapture slit the wrists and throats of her two daughters and then her own so as to avoid the “Tribulation”.  Fortunately a neighbor called an ambulance and saved their lives.
Camping, of course, says none of this is his responsibility.
Pastors and other church leaders, this is why we must name the names of false teachers and false prophets FROM THE PULPIT!!!   Get the word out to as many as possible so as to expose the likes of Camping and his ilk.  Expose the Word Faith teachers, expose the Bill Gothards, the Jim Wallises, the Rick Warrens, the Joel Osteens, the Eugene Petersons, the Rob Bells, the Brian McLarens, and all their ilk.  Warn people that to follow these men will bring pain and suffering into their lives.  Part of a shepherd’s job is to protect the flock from wolves, and yet that seems to be the one part of the job which is most neglected.
Christian leaders, expose the wolves!
Posted by Glenn E. Chatfield at 7:10 AM

I have never understood why a pastor will say: " I heard a preacher on the radio or television say..." warning us to beware yet not telling who to beware of.

Indeed it is time to speak up - sound the alarm and tell the sheeple to be aware and beware.

Amen and Amen! I think Christianity is in the state it is because false teachers and compromisers have been around for a long time. Pastors have been afraid (and made afraid) to speak out. WE have been in a downgrade as you pointed out for at least 20 years and now the fruit is indeed bitter. I pray that the true Christian pastors will become bold like their Lord Jesus who cleansed the temple because of His zeal for the God of Israel. We need men with this type of courage and zeal today.

I left my church back in January and just one of the reasons being that my pastor wasn't interested in warning the flock of false teachers/teachings and protecting us. His loose theology (his words) allowed all to take the good and leave the bad but most were and are still unable to tell the difference. Everything/one was and still is acceptable if it says it is Christian whether WOF, spin off from Toronto, deliverance even borderline universalism, female pastors etc, we had and they still do have a right old confusing smogasboard of beliefs, one day the Lord opened my eyes and I could no longer stay because they were not interested in having a watchman, it was unity at all cost and I was being judgemental and telling the pastor how to run the church!

Anonymous 7/16,
I get tired of hearing people say things like, "Just eat all the chicken and spit out the bones." My problem is that people choke to death on the bones! After all, a little bit of cyanide in a glass of water will still kill.