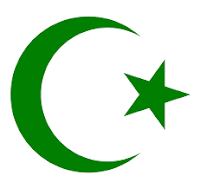 I have discovered that the vast majority of people in the world have no real understanding of Islam (except for the Muslims themselves), thinking that for the most part they are just another religion with some “radicals” who are abusing the religion to commit terrorism.

The truth is that Islam has always been about terrorism, with the goal of conquering the world for Islam. The so-called “radicals” are the true face of Islam. Muslim doctrine says they are to pretend to be peaceful until they are in a position of power and then they will begin jihad.  If you have any doubts as to the true face of Islam, just take a look at Europe since they have let Muslim “refugees” invade.

I have studied Islam ever since “9/11,” and the books noted below are what I have read and that are still on my bookshelf (others I’ve read I have passed on).

A good source for keeping up-to-date with Muslim attacks around the world is the “Geller Report,” by Pamela Geller. Go to the very bottom of the page (past all the advertisements, etc) and subscribe to the email daily news letter.

I’ve read the Qur’an and found it to be one scary book of doctrines of murder and rape, etc. It’s difficult reading because it is not in chronological order. If you are interested in the book, I’d recommend reading about it instead so that you can easily understand it. I recommend the following:

The Complete Infidel’s Guide to the Koran, by Robert Spencer

What Every American Needs to Know About the Qur’an, by William J. Federer

As for learning about Islam in general, its history and teachings, I recommend the following (if you only want to read one book, read the one I’ve printed in bold red):

Behind the Veil: Unmasking Islam, by Abd El Schafi

The History of Jihad From Muhammad to ISIS, by Robert Spencer

Islam and Terrorism, by Mark A. Gabriel, Ph.D.

The Politically Incorrect Guide to Islam (and the Crusades), by Robert Spencer

Sword and Scimitar: Fourteen Centuries of War between Islam and the West, by Raymond Ibrahim.

The Truth About Muhammad, by Robert Spencer

When it comes to the claims about the “Palestinian” conflict, about which side is in the right (Israel), then I recommend these:

The Origin of the Palestine-Israel Conflict, by Jews for Justice in the Middle East

Big Lies: Demolishing the Myths of the Propaganda War Against Israel, by David Meir-Levi

One other valuable publication which teaches about how Muslim women are treated is Women In Islam, by P. Newton and M. Rafiqul Haqq.  You can also read this booklet on line.

Finally, if you have an occasion to be able to speak about the Gospel with Muslims, here are two recommended resources:

Reasoning From the Scriptures with Muslims, by Ron Rhodes

Email ThisBlogThis!Share to TwitterShare to FacebookShare to Pinterest
Labels: Islam