A follow-up on John Piper’s tirade against President Trump

You really have to read this article about John Piper's tirade. In fact, this is a good article for demonstrating that those Christians who have some of the same claims against President Trump are being abjectly foolish.  Remember people, we are voting for a President and not a pastor.

Just a sample from the article:

We’re talking about a man who was also accused of sexual assault (porneia), who has spent an entire campaign boasting about his political accomplishments of the last 47 years (alazoneia), who told a voter he was “full of sh-t” and insulted others (aischrologia), and who repeatedly divides people into factions, specifically stoking racial strife (dichostasiai). This is just from the list Piper provided, and is to say nothing of Biden’s character as it relates to habitual lying, exploiting his positions of influence for personal gain, undermining God’s design for marriage and families, attacking people of faith, and instilling fear to obtain power, just to name a few of the many more obvious strikes against Biden’s character. For an example of “bad company [that] corrupts good character,” look no further than the woman he chose as his running mate.

The Watchman of Our Conscience

For God sees and hears everything, and when the wicked doer tries to hide what he has done, then God wakes up a little watchman that He places inside us all when we are born and who sleeps on quietly till we do something wrong. And the little watchman has a small goad in his hand, and when he wakes up he keeps on pricking us with it, so that we have not a moment’s peace. And the watchman torments us still further, for he keeps on calling out, “Now you will be found out! Now they will drag you off to punishment!”

Grandmamma in Heidi, by Johnna Spyri

Email ThisBlogThis!Share to TwitterShare to FacebookShare to Pinterest
Labels: Character 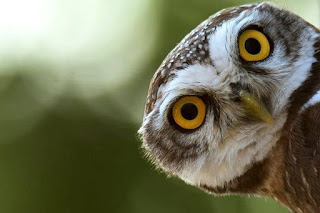 Let’s start this post with an article from Answers In Genesis.  A Cultural and Spiritual Crisis Based on Fake Science!

The Roman Catholic Church is really showing its true colors lately.  First, we have the Pope promoting legalized same-sex unions, i.e. “marriage.” Then he goes and appoints pro-LGBT men to the College of Cardinals. The Cripplegate says we shouldn’t be surprised.

With the current culture and election fever we need to understand “Dogma Fights.”

Of course sometimes “dogma fights” lead to changing God’s Word to suit personal ideologies. And other times they lead to really silly arguments.

Now I need to alert you to what’s going on with some false teachers:

Todd Smith. I never heard of this guy before, but he is sly but dangerous.

Another I’ve not heard of is Sean Feucht. He’s connected with the blasphemous and apostate Bethel Redding goat-pen.

John Piper continues his descent into support of the LEFT. Gary DeMar has a rebuttal for Piper.

Beth Moore.  This lady just keeps getting worse. Elizabeth Prata believes Beth is demon-possessed. I’m not sure I can go that far, but Moore is certainly demonically influenced.


Seven reasons to not trust psychology.

It is not a genuine science.

It is relatively ineffective.

It is motivated more by money than compassion.

Labels produce dysfunction rather than healing.

Psychology is incompetent in dealing with the inner person.

It cannot produce healing from the past.

It is incompatible with Christianity; it is a competing faith.  Psychology is by definition the study of the soul. Without Christ, one cannot solve the problem.


This typed-up list surely was copied from a book in the past but I never noted from where it came. However, as I just found this in a file, I thought it was worth posting.

Email ThisBlogThis!Share to TwitterShare to FacebookShare to Pinterest
Labels: Psychology

Wives should be shielded by their husbands from all unnecessary embarrassment. Whether it be disrespectful expressions by the children, or insulting comments from friends and associates, or your own careless public criticisms or jokes about her idiosyncrasies, you must protect her from all such pejorative remarks. Be mindful also of the clothing you ask her to wear, that it doesn’t dishonor her, and of the responsibilities you request of her, that they are befitting her as the weaker vessel.

Lou Priolo, The Complete Husband, pg.196
Posted by Glenn E. Chatfield at 9:41 AM No comments:

Email ThisBlogThis!Share to TwitterShare to FacebookShare to Pinterest
Labels: Forgiveness

He who forgets his own history is condemned to repeat it. If we don’t know our own history, we will simply have to endure all the same mistakes, sacrifices, and absurdities all over again.

Email ThisBlogThis!Share to TwitterShare to FacebookShare to Pinterest
Labels: History

The Church Is NOT There to Preach the Gospel

Email ThisBlogThis!Share to TwitterShare to FacebookShare to Pinterest
Labels: Purpose of the Church

Are You Part of a Sect?

If your church associates with a group of churches that requires exclusive allegiance to itself, you are part of a sect. Despite their boastful claims, sects do not understand the New Testament doctrine of the Church. They are in error. All sects are based on half-truths, faulty reasoning, doctrinal oddities, deceptions, guilt-manipulation, and fear, which are not of the Spirit of truth and liberty. If your church denies you your Spirit-given right sand privilege to fellowship with all Christ-loving, Bible-loving Christians and churches, you need to obey God rather than man and free yourself and family from these unbiblical chains.

Email ThisBlogThis!Share to TwitterShare to FacebookShare to Pinterest
Labels: Sects 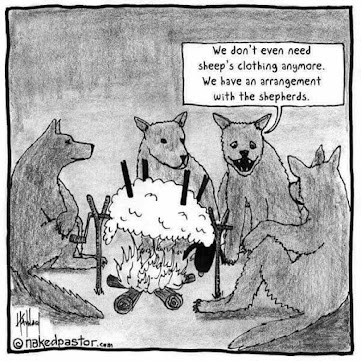 Clint Adams has a good book review on Biblical Eldership, by Alexander Strauch. Clint does a lot of excellent book reviews.

POISON IN THE WELL

Max Lucado gets worse and worse. He is a bonafide false teacher who should not be listened to or read.

Another false teacher to be avoided at all costs: Joseph Prince.

Hillsong’s Carl Lentz continues to lie about Jesus as he sinks deeper and deeper into heresy.

The there is Bethel Redding’s Bill Johnson. There is nothing good which comes from Bethel

A round-up of false teaching clips by J.D.Greear, Phil Vischer (“Veggie Tales”) and a big one, Tim Keller.