Homosexuality and the Catholic Church

The sexual abuse of boys by Catholic clergy is now a mushroom cloud hanging over the Church. … But the Church invited this scandal when it began allowing homosexuals to enter its seminaries in the 1960s. They did so because of the difficulty of recruiting young men into the priesthood who quite naturally wanted to marry and have families. As more and more homosexuals flooded seminaries and then went into the priesthood, a culture of homosexuality was fostered in the church with all its attendant pathologies.

Bryan Fischer, The Inescapable Link Between Homosexuality and Pedophilia
Posted by Glenn E. Chatfield at 10:48 AM 1 comment:

Email ThisBlogThis!Share to TwitterShare to FacebookShare to Pinterest
Labels: Homosexuality in the church, Roman Catholicism

There must be an objective test for what we believe. Experience is not a test; a many may become very happy and live a much better life than he did before, though he believes something that is not true. Things with are not true in and of themselves may appear at first to do us good because, of course, the devil can turn himself into an angel of light; it is pathetic to notice the way in which some people forget that teaching. We must never base our doctrines upon experience, but upon truth.

One’s theology will inevitably affect Christian living. Right worship and right service flow from right thoughts about God. One whose theology is impoverished or distorted will be hindered in his relationship with, service to, and worship of the Living God.

Interesting Articles for Your Edification

Origin of the Christmas tree?

John 6:51-55 and transubstantiation. Twisting of Scripture by Rome.

Did Ignatius teach transubstantiation, as Rome claims he did? No, he did not. What about Justin Martyr? Again, nope. Clement of Alexandria? Huh, uh.  Perhaps Tertullian? Sorry, Rome, but he didn’t teach it either!  Rome has been lying for way too long so as to keep their congregants bound to rituals.

Interesting study of the Nativity stories.

Five Biblical Reasons Homosexuality is Worse than Most Other Sins.

Is Isaiah 7:14 a Messianic Prophecy?

A good history lesson about Pentecostalism.

How Sunday schools are raising the next generation of secular humanists.

The Rebellious Woman and the Destruction of Society

All flocks need a sheep dog.
Posted by Glenn E. Chatfield at 10:32 AM 5 comments:

Refer to my 9/25/18 post about the margin notes in my Bible, and why I decided to share them on this blog.

1:44: What Elizabeth is carrying is a baby—not a blob of tissue.

3:14: Notice that he didn’t say to leave the Army.
3:23: Joseph was the legal son of Hell, who died childless and his brother married his wife.

Chapter 15: three parables of something lost being searched for and eventually found.

15:8-10: Hebrew for this coin is “zuzim,” which also means “those who have moved away, departed.” Jesus’ play on words?
15:12: By asking for inheritance now, he essentially desire’s his father’s death.
15:12: “to them.” The second son also take his inheritance.
15:14: Old Syriac adds: “He scattered his property in foods that are not fitting because he was living wastefully with harlots.”
15:19: “hired hands”: he was not ready to make himself a slave.
15:21: Because he was not ready to take care of his father in his old age.
15:30: “this son of yours”: The remaining son did not want to recognize the other as his brother.
15:11-32: the remaining brother never searched for his lost brother nor rejoiced when he was found. The end left the Pharisees hanging—what decision should the older son make? Accept sinners when returning from sin?

Refer to my 9/25/18 post about the margin notes in my Bible, and why I decided to share them on this blog.

Most notes made for Matthew about parallel passages in Mark aren’t repeated. Otherwise, these are my margin notes for Mark.

6:3: “son of Mary” vs son of Joseph, recognizing that Joseph wasn’t Jesus’ father. Also notes Jesus had REAL brothers and sisters from the same mother.
6:7: Again shows the authority of the apostles.

13:30: “This generation”: The generation who sees the signs.

16:18: The Greek has conditional clauses, i.e., “If they be compelled to pick up snakes…to drink poison.” Not a voluntary thing!

Political action will not change people spiritually. Moralistic preaching did not help Sodom. The only thing that will change a Sodomite is repentance and faith.

God Is Spirit, Light, and Love

God is spirit as to His essence; He is not flesh and blood. To be sure, Jesus Christ now has a glorified body in heaven, and one day we shall have bodies like His body. But being by nature spirit, Go is not limited by time and space the way His creatures are.

God is love. This does not mean that “love is God.” And the fact that two people “love each other” does not mean that their love is necessarily holy. It has accurately been said that “love does not define God, but God defines love.” God is love and God is light; therefore, His love is a holy love, and His holiness is expressed in love. All that God does expresses all that God is. Even His judgments are measured out in love and mercy (Lam. 3:22, 23).

Much that is called “love” in modern society bears no resemblance or relationship to the holy, spiritual love of God. Yet we see banners saying “God is love!” displayed at many festivals, particularly where young people are “doing their own thing”—as if one could dignify immorality by calling it “love.”

You should discern in the Bible what God says to different people at different times; there are passages that apply specifically to the Jews, or to the Gentiles, or to the Church (1 Cor.10:32). You must be careful to distinguish between them. Though all of the Bible was written for you, not all of it was written to you.

Email ThisBlogThis!Share to TwitterShare to FacebookShare to Pinterest
Labels: Hermeneutics

Bad and Ugly Stuff in the Church 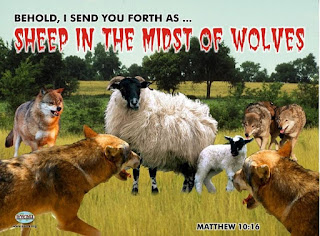 More proof that the Pope is a pawn of Satan.

First it was the priests who sexually molested children, now it’s the nuns.  This is what happens when you force your people to abstain from sex — they do it secretly!

Pedophilia and homosexuality are rampant in the Catholic Church, not just in the USA but all over the world. This paragraph is very telling: But the Church invited this scandal when it began allowing homosexuals to enter its seminaries in the 1960s. They did so because of the difficulty of recruiting young men into the priesthood who quite naturally wanted to marry and have families. As more and more homosexuals flooded seminaries and then went into the priesthood, a culture of homosexuality was fostered in the church with all its attendant pathologies.

Beth Moore.  I really wish this narcissist would go away so we’d never again hear from her with her horrid teachings.  Just what do we do with her?!?!

Rank heretic and vicious wolf Kenneth Copeland is again claiming God tells him things; God has told him he will live to be 120 years old so he can continue to preach the “gospel.”  All Copeland ever taught were the lies of Satan.

More proof that Jimmy Carter worships a different God and different Christ than who we find in Scripture. This is nothing less than pure blasphemy. His ideology is the reason he was the worst President in history—that is, until Obama.

Todd White is a dangerous, demon-lead wolf.  I just don’t understand why anyone would listen to him.

Francis Chan is another dangerous wolf.

A closure to the Harvest Bible Chapel/James MacDonald lawsuit situation. He needs “to confess, repent, and resign.”

Christine Caine: her teachings are straight from hell.

For once, I agree with Andy Stanley, although not for the same reason.  The 10Cs were never meant for anyone but Israel, as I demonstrated in this article about the Sabbath. However, as I note in my article, nine of the ten are what Paul says are planted in the heart of everyone, and are all noted as binding in the New Testament. As for erecting 10C monuments, Stanley doesn’t seem to understand that they memorialize the moral laws which are the foundation of the Church as well as society as a whole.

Thabiti Anyabwile continues to demonstrate that he is not qualified to be a pastor. He promotes illegal activities. 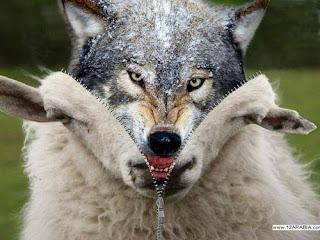 The Subtle Advance of Worldliness

It is important to note that no Christian becomes worldly all of a sudden. Worldliness creeps up on a believer; it is a gradual process. First is the friendship of the world (James 4:4). By nature, the world and the Christian are enemies (“Marvel not, my brethren, it the world hate you,” 1 John 3:13). A Christian who is a friend of the world is an enemy of God.

Next, the Christian becomes “spotted by the world” (James 1:27). The world leave its dirty marks on one or two areas of his life. This means that gradually the believer accepts and adopts the ways of the world.

When this happens, the world ceases to hate the Christian and starts to love him! So John warns us, “Love not the world!”—but too often our friendship with the world leads to love. As a result, the believer becomes conformed to the world (Rom. 12:2) and you can hardly tell the two apart.

In more than one area of life, love and hate go hand in hand. A husband who loves his wife is certainly going to exercise a hatred for what would harm her.

The Trouble With Lying

One problem with dishonesty is that just keeping a record of our lies and pretenses is a full-time job! Abraham Lincoln used to say that if a man is going to be a liar, he had better have a good memory! When a person uses up all his energy in pretending, he has nothing left for living; and life becomes shallow and tasteless. A person who pretends not only robs himself of reality, but he keeps himself from growing: his true self is smothered under the false self.

Email ThisBlogThis!Share to TwitterShare to FacebookShare to Pinterest
Labels: Lying/Deception

God can and will cleanse the record, but He does not change the results. No one can unscramble an egg.

Email ThisBlogThis!Share to TwitterShare to FacebookShare to Pinterest
Labels: Sin

The Need to Distinguish Error

As never before, Christians today need ability to distinguish between right and wrong, between truth and error. The notion is widespread, in our generation, that there are no “absolutes”—that nothing is always wrong and that nothing is always right. False doctrines, therefore, are more prevalent than at any time in history--and most men and women seem to be willing to accept almost any teaching except the truths of the Bible.

Email ThisBlogThis!Share to TwitterShare to FacebookShare to Pinterest
Labels: Discernment, Truth
Newer Posts Older Posts Home
Subscribe to: Posts (Atom)
Alluding to the watchman of Ezekiel, I use my own instrument as the watchman's tool to alert of danger. Don't bagpipes get everyone's attention?