The Occult Nature of “Purgatory" 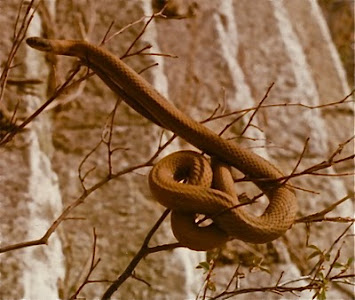 The movie "Purgatory" shows the fate of the soul that leaves the body after death. Mystics such as Fulla Horak, St. Faustina Kowalska and St. Padre Pio — people who have been graced by the visits of souls from purgatory — are only some of the protagonists featured in the movie. "Purgatory," tells the story of souls living both in bodies and those that have already left this world. It is also a reminder — in film form — of the most outstanding theologians and scientists, who have been studying the state of human consciousness upon the death of the body.

"Purgatory" opens today, October 28 in 700 theaters nationwide. To find a theater near you, click here.

Well, I’m not including the link to find the theater near you. This was received in my email on 10/28/21 from the Catholic League for Religious and Civil Rights; I signed up for this email newsletter because it has some good articles about culture.

This above paragraph alone demonstrates the occult and false nature of the papist doctrine of purgatory. To demonstrate the origin of, the lies about, and the unbiblical nature of purgatory, I’m posting below a section from my article Unbiblical Catholic Sin, Purgatory and Indulgences from June 2010.

Purgatory: Invented by Pope Gregory the Great in 593, this didn’t become dogma until 1439 because of so much reluctance to accept such an unbiblical idea. Catholicism teaches that Christ’s death made it possible to be forgiven of sin, but the sinner must still undergo some pain and torment in order to be purged and made acceptable to enter heaven. This “purging” is of unknown intensity and duration. “While Catholicism says it is theoretically possible to be cleansed through the sufferings of this life and one’s death, no one, not even the pope himself, can know whether that has occurred. Consequently, almost all Catholics expect to spend some unknown length of time in purgatory.” (Dave Hunt, A Woman Rides the Beast, p.475)

The Second Ecumenical Council of the Vatican, which was held from 1962 to 1965, stated this about purgatory: “The doctrine of purgatory clearly demonstrates that even when the guilt of sin has been taken away, punishment for it or the consequences of it may remain to be expiated or cleansed. … [I]n purgatory the souls of those who died in the charity of God and truly repentant but who had not made satisfaction with adequate penance for their sins and omissions are cleansed after death with punishments designed to purge away their debt.”

Paragraphs 1030-1032 of the Catechism say, “All who die in God's grace and friendship, but still imperfectly purified, are indeed assured of their eternal salvation; but after death they undergo purification, so as to achieve the holiness necessary to enter the joy of heaven. The Church gives the name Purgatory to this final purification of the elect, which is entirely different from the punishment of the damned. The Church formulated her doctrine of faith on Purgatory especially at the Councils of Florence and Trent. The tradition of the Church, by reference to certain texts of Scripture, speaks of a cleansing fire: ‘As for certain lesser faults, we must believe that, before the Final Judgment, there is a purifying fire. He who is truth says that whoever utters blasphemy against the Holy Spirit will be pardoned neither in this age nor in the age to come. From this sentence we understand that certain offenses can be forgiven in this age, but certain others in the age to come.’ This teaching is also based on the practice of prayer for the dead, already mentioned in Sacred Scripture: ‘Therefore [Judas Maccabeus] made atonement for the dead, that they might be delivered from their sin.’… The Church also commends almsgiving, indulgences, and works of penance undertaken on behalf of the dead.”

What does the Bible say?

[Christ] being the brightness of His glory and the express image of His person, and upholding all things by the word of His power, when He had by Himself purged our sins, sat down on the right hand of the Majesty on high. (Hebrews 1:3, NKJV)

But he that lacketh these things is blind, and cannot see afar off, and hath forgotten that he was purged from his old sins. (2 Peter 1:9, KJV)

Since Christ died to purge our sins, there is no need for a purgatory. Additionally, Scripture says that when we die, we go to be immediately with the Lord and not in a place of purging (Luke 23:43; Philippians 1:23-24; 2 Corinthians 5:8).

So the finished work of Christ as the Lamb who taketh away the sin of this world, according to catholic doctrine, was NOT actually finished. Their doctrine, which is still in effect to this day along with the fact that those of us who do not belong to their church, are still anathema, or unbelievers/and going to hell.

However, religion will always take your money in the name of a god, and spend it to enhance themselves, their false doctrines, and their appetites for pride/proudness/their own self important greatness.

While Jesus humbly went to the cross, was violently crucifies, and rose again on our behalf, the religious culture are basking in the pride of this life. I have seen a change in the attitudes, the lifestyles, and the speech patterns of church folks during my short time here on this earth. Years ago, I never heard the phrase, "I'm so proud of myself," or "I am proud," or "proud this or that.....proud churches, proud teachers, proud schools, proud doctors, proud lawyers, proud parents, proud businesses, proud communities, proud political candidates, etc. (You get the picture.)

And now, everywhere I look, I see the norm of pride/proud, even in obituaries. And this pride has turned our culture into the foolish theology of making people into gods instead of acknowledging Jesus as our LORD. 1 Corinthians 10:31.

Perhaps the pride of this life is the core reason our country is falling downhill fast, seemingly quicker than a lightening bolt striking the ground.

The search for humility in our culture, whether it be the institutional church, the business model, the highly charged political government, or any other social structure we encounter, is but a futile folly, for their are few living folks who exhibit such a rare quality in their personal lives.

It is a shame that I believe our culture views humility as a weakness, and the pride of this life, a great virtue.

I tried to comment earlier, but it didn't seem to go through. So sorry if this is a repeat...

Anyhow, what an insult to the blood of Christ, the notion that sinful people could ever "purge" their own sins away. It is FINISHED, Christ's sacrifice is payment in full, and all who believe are completely free from their sin, reconciled to God! What a Savior!

Martha is right, the official doctrine of Rome is that Jesus's work isn't done, and that believers are anathema.

Newer Post Older Post Home
View mobile version
Subscribe to: Post Comments (Atom)
Alluding to the watchman of Ezekiel, I use my own instrument as the watchman's tool to alert of danger. Don't bagpipes get everyone's attention?